To share your memory on the wall of Paul Schange, sign in using one of the following options:

Paul was born in Los Angeles, California, on April ... Read More
On Wednesday, December 30, 2020, Paul Ronald Schange, passed away at age 70. He had been a resident of San Diego County, California, since 1974, and had lived in Chula Vista since 1996.

Paul was born in Los Angeles, California, on April 25,1950. At 3 days of age, he was taken home from the hospital by his adoptive parents, Florine and August Schange. Paul loved his parents and never gave a second thought about being adopted. He grew up first in Hawthorne, CA, and then when he was eight years old, they moved to Playa del Rey, CA, just a few blocks from the beach. His childhood was filled with puppies, going to the beach, Cub Scouts, and annual trips to Texas in the summer to visit relatives. Paul and his parents were very active in their church and he and his dad would mow the lawns every Saturday. He began taking piano lessons around age 8 and would play hymns for Sunday School classes. Soon he began learning to play the organ and in a few years was quite a proficient organist.

In the fall of 1965, he entered Westchester High School. He continued with Boy Scouts and eventually became an Eagle Scout. At the end of his first semester, he auditioned for and was accepted into the Acapella Choir. While in choir, he met the girl who would become his high school sweetheart, and eventually his wife in 1971. After graduating from high school, Paul attended El Camino College for one year before the draft board came calling. He decided to enlist in the Navy and served nine years before getting out. He made three West-Pac cruises to Vietnam and served as an air traffic controller. His daughter, Lisa, was born while he was in the Navy. After getting out of the Navy, he worked at many different jobs, mostly as a mechanic, but never found a permanent one. Eventually, his wife became a teacher and he was a stay-at-home dad. His parents were getting older, and he would often go to their house in the desert to help them out.

In March of 1999, Paul suffered his first stroke. It left him with paralysis on his left side. His left arm never worked again, but he could walk with his left leg in a brace. After the stroke, he still was able to spend a lot of time with his parents, helping them out at their home. He became active in the Disabled American Veterans chapter in Indio. After his mom passed away, he lived with his dad and took care of him until he passed away at 103. Paul loved all kinds of trains, real and model ones, and had quite the train collection.

He is survived by his wife, Virginia Schange, and his daughter, Lisa (Erik) Jacobsen. He was predeceased by his parents Florine (March 2005) and August Schange (July 2016).

There will be a viewing at Community Mortuary in Chula Vista on Monday, January 11, 2021, from 11:00am-4:00pm. Interment will be at Miramar National Cemetery at 12:30pm on January 12, 2021. Memorial donations may be made to the Disabled American Veterans (dav.org).
Read Less

To send flowers to the family or plant a tree in memory of Paul Ronald Schange, please visit our Heartfelt Sympathies Store.

Receive notifications about information and event scheduling for Paul

We encourage you to share your most beloved memories of Paul here, so that the family and other loved ones can always see it. You can upload cherished photographs, or share your favorite stories, and can even comment on those shared by others.

Flowers were purchased for the family of Paul Schange. Send Flowers 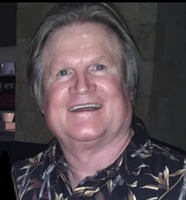