To share your memory on the wall of Manuel Gonzalez, sign in using one of the following options:

In 1975, seeking a better life for his family, he immigrated to the United States and established a home in San Diego, CA. At first, he worked a variety of jobs until he earned a position in the aeronautics industry which allowed him to make the United States his permanent home. In the 29 years that he worked at EG & G KT Aerofab in El Cajon, a man with only a sixth-grade education rose to be plant leadman overseeing the factory floor. His coworkers were very fond of him and he forged lifelong friendships with many of them. Manuel was a proud union man and believed in the solidarity and benefits that a union job provided. In addition, he was an all-around craftsman who would help any friend in need and would take side projects to supplement his income in order to support his wife and seven children.

A man of unyielding faith, he was a devoted parishioner at St. John of the Cross Catholic Church. He was a founding member of the Hispanic Community and served as vice president. “Manuelito” was loved and respected by his fellow parishioners. Seen as a role model, he was a godfather to many who received the sacraments of Baptism and Confirmation through RICA program. He was a helping hand to countless other parish causes like manning the Hispanic Community’s Mexican food stand at the annual Fall Festival. His acting in Good Friday’s Via Crucis (Stations of the Cross) is legendary. A firm believer in Catholic education, he was committed to providing one for all of his children. After his retirement from aeronautics, he continued to work. He worked at the parish school as a handyman and then at Aztec Landscaping for his dear friends, The Aguilar family.

In 63 years of marriage, he tirelessly worked to make Elvia’s house a home. In the countless home improvement projects, he never hired someone else to do them. As he worked on these projects, often with his wife alongside him, he was sure to asked for her approval. With each new idea Manuelito would tell Elvia, “You tell me what you want, I will make it.” As his children started their own families, he continued to look after each of them and offered support in any way he could. The love and sacrifice for his wife and children knew no bounds.

“Fito” as he was affectionately called by his grandchildren and great-grandchildren was loving funny, mischievous, charitable, compassionate, and a man of strong convictions. He was honest and he was never shy about letting people know his opinions. Always up for heated debate, he consistently spoke and worked for those who were less fortunate. While he often commanded attention, he never thought the world revolved around him and simply wanted to make it a better place for his family and others. Smiling and laughing till the very end, he provided joy to all those who knew him. He will be missed by all.

He now joins his parents Manuel and Piedad, his two brothers Ricardo and Juan, his two sisters Maria Luisa and Maria Elena, and his oldest son Jorge who passed away on August 9, 2017, in eternal repose.

In lieu of flowers, please consider a chartable contribution to St. John of the Cross Catholic School, 8175 Lemon Grove Way, Lemon Grove, CA 91945. Funds will be set aside to support families in need to make a Catholic Education possible for their children.
Read Less

To send flowers to the family or plant a tree in memory of Manuel C. Gonzalez, please visit our Heartfelt Sympathies Store.

Receive notifications about information and event scheduling for Manuel

We encourage you to share your most beloved memories of Manuel here, so that the family and other loved ones can always see it. You can upload cherished photographs, or share your favorite stories, and can even comment on those shared by others. 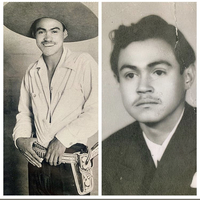 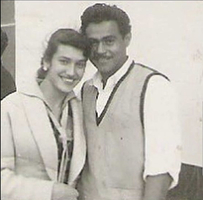