To share your memory on the wall of Dean Frost, sign in using one of the following options:

Dean McLeod Frost Jr. died peacefully in his sleep on January 11, 2021 at his home in Bonita, California. He was born on February 2, 1936 in Tucson, Arizona to Dean Sr. and Lucie Frost. Virginia (Frost) Oliver and Walter Frost are his two siblings. He graduated from the University of Arizona with a Bachelor of Science in Mechanical Engineering in 1957. He worked at Shell Oil in Long Beach, CA for a short time before being drafted into the U.S. Army. After spending 2 years serving his country, he settled in San Diego. Since his sister Virginia and brother-in-law Bill were living in south San Diego at the time, Dean chose to attend church with them at St. James Lutheran Church in Pacific Beach. There he met his wife Patricia, and they were married on Valentine’s Day in 1964. Dean was working for General Dynamics at the time, but in 1965 he was offered a job at IBM as a Systems Analyst. He worked for IBM for 27 years before retiring at the age of 57.

Their daughter Laura was born in 1966, followed by son Gary in 1969. They purchased a house in Chula Vista, where they lived until 1988. Dean was involved in their church, Concordia Lutheran, as an elder, as well as the Boy Scout leader for the church’s scout group. He and Gary enjoyed many backpacking, camping and canoe trips with the scouts. Dean loved the outdoors, and almost every summer he would take the family up to Tuolomne Meadows in Yosemite to camp with Bill, Virginia and their family. Dean’s parents still lived in Tucson, so most Christmases and Easters would be spent visiting them. After his father died, his mother Lucie moved in with Dean and Pat. Their first grandchild, Michael, was born in 1993. Dean enjoyed taking his grandchildren to the zoo, the beach, the park, and camping up near Julian. He enjoyed teaching them how to put projects together as well.

After retirement, Dean and Pat were able to travel in their motorhome, enjoying many areas of the United States and Canada. Dean enjoyed reading in his spare time, as well as attending Shakespeare festivals. They were able to enjoy both activities on these trips, as well as visiting many of their extended family and friends scattered across the U.S.

In 2017 Dean was diagnosed with Alzheimer’s. Thankfully for his family, he was able to remember everyone up until the end. His two oldest grandchildren were in town for Christina Kaufman’s wedding on January 2, so he was able to see all his grandchildren just before he died.

Dean is survived by Pat, his wife of 56 years; two children and their spouses, Ralph and Laura (Frost) Kaufman and Gary and Kathe Frost; sister Virginia (Frost) Oliver and husband Bill; brother Walter Frost and wife Kathie; along with 6 grandchildren: Michael Kaufman & fiancée Christine, Jennifer (Kaufman) Gorman and husband Christopher, Christina (Kaufman) Neverov and husband Daniel, and Nikolas, Leilani, and Arielle Frost; as well as many nieces and nephews.

Memorial donations can be made to Concordia Church in Chula Vista.
Read Less

Receive notifications about information and event scheduling for Dean

There are no events scheduled. You can still show your support by sending flowers directly to the family, or planting a memorial tree in memory of Dean McLeod Frost Jr..
Plant a Tree

We encourage you to share your most beloved memories of Dean here, so that the family and other loved ones can always see it. You can upload cherished photographs, or share your favorite stories, and can even comment on those shared by others.

Plant a Tree in Memory of Dean
Plant a tree
0 trees have been planted in memory of Dean McLeod Frost Jr.
MU

Posted Jan 19, 2021 at 02:59am
The special times we spent as family together on camping trips at Yosemite and visiting in Chula Vista, San Diego and Arizona will always be treasures in my heart. Uncle Dean was an organized, enthusiastic driving force in making those wonderful times together happen. I think he and my Dad are likely to blame or to receive credit (depending on your perspective) for some backpacking trips that were highly memorable for all involved (bears, aching feet and backs, sleeping on the hard ground, and all of the other glorious parts). I remember so fondly playing rowdy games of spoons and attending ranger walks up at Tuolumne Meadows. Uncle Dean will be greatly missed, but his spirit, love and our wonderful memories together will live on within each of us. Keeping Aunt Pat, Laura, Gary, my mom, Uncle Walter, and all of the family in my thoughts and prayers. With lots of love, Mary Ulrich
Comment Share
Share via: 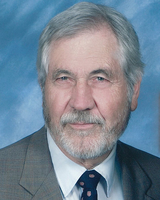