To share your memory on the wall of Sergio Frost, sign in using one of the following options:

He was born in Milano Italy in 1942, the only son of Antonio Moretti and Renata Ascari. Following the death of his father, his mother married Raymond Frost, who legally adopted him. The Frost family lived in Saudi Arabia for a couple of years, then moved to the United States in 1953, and Sergio became a naturalized U.S. citizen in 1960.

Master Chief Frost served in the United States Navy from 1960 until his retirement in 1989. Some of the highlights during his 29 years of service include serving with distinction as a Command Career Counselor, Submarine Chief of the Boat (COB), and Command Master Chief on the USS Kitty Hawk (CV – 63). His first ship in 1960 was the USS Midway. He then served on the USS Pomfret, USS Thomas Jefferson, USS George C. Marshall, USS Bergall, USS Shangri-La, USS Gurnard, USS Pintado, USS Haddock, USS Bainbridge, and then his last duty as Command Master Chief on the USS Kitty Hawk. Master Chief Frost earned various medals and ribbons during his service, and the discipline and patriotism he learned in the Navy never left him, as family and friends will attest.

During his career with the Navy and after, he traveled to many places around the world, including 37 countries and under the Arctic Circle. In recent years, he was very active in the Fleet Reserve Association – Branch 289 in Imperial Beach serving on the Board of Directors.

Family and friends were always very important to him. His loyalty to his wife and others was exemplary. He loved to dance with his bride, especially the jitterbug, and others would often clear the dance floor to watch them dance. He loved music and enjoyed woodworking, and made many items for family and friends. He was always there for others who needed advice or assistance. And he will always be remembered for his sense-of-humor.

A viewing will be held on November 20 from 12 – 3 PM at Community Mortuary in Chula Vista. A military service will be at Miramar National Cemetery at 12:30 PM on December 14.

In lieu of flowers, donations may be made in his honor to the Fleet Reserve Association – Branch 289 in Imperial Beach, or the USS Midway Museum in San Diego, or to a charity of your choice.
Read Less

To send flowers to the family or plant a tree in memory of Sergio Moretti Frost, please visit our Heartfelt Sympathies Store.

Receive notifications about information and event scheduling for Sergio

We encourage you to share your most beloved memories of Sergio here, so that the family and other loved ones can always see it. You can upload cherished photographs, or share your favorite stories, and can even comment on those shared by others.

Elysar, Jordan, Hesham, Jennan, and Dominique, Karin and Walid, and other have sent flowers to the family of Sergio Moretti Frost.
Show you care by sending flowers

Karin and Walid purchased flowers for the family of Sergio Frost. Send Flowers

Flowers were purchased for the family of Sergio Frost. Send Flowers 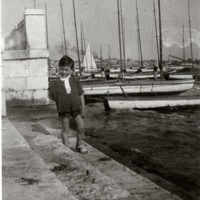