To share your memory on the wall of John Collins, sign in using one of the following options:

To send flowers to the family or plant a tree in memory of John Edward Collins, please visit our Heartfelt Sympathies Store.

Receive notifications about information and event scheduling for John

We encourage you to share your most beloved memories of John here, so that the family and other loved ones can always see it. You can upload cherished photographs, or share your favorite stories, and can even comment on those shared by others.

The Nix Missionary Team - Peru sent flowers to the family of John Edward Collins.
Show you care by sending flowers

The Nix Missionary Team - Peru purchased the Sentiments of Serenity Spray for the family of John Collins. Send Flowers

Flowers were purchased and a memorial tree planted for the family of John Collins. Send Flowers

Posted May 14, 2021 at 03:21pm
Bro. Collins, you will be missed dearly. You meant so much to my family-my Dad and Mom especially. It was always a good feeling being greeted by you and Sis. Collins at the doors of The Anchor Church on Sunday’s-you both always took the time to see how I was doing and I will never forget those moments. You are now resting peacefully and rejoicing in Heaven waiting for all of us-you will forever be in our hearts. Sis. Sarah I love you & even though we are far away, we are always here for you & may God comfort you.
Comment Share
Share via: 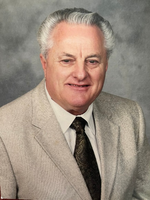 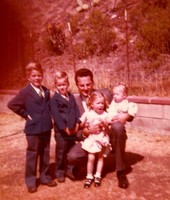