To share your memory on the wall of Gwen, sign in using one of the following options:

To send flowers to the family or plant a tree in memory of Gwen, please visit our Heartfelt Sympathies Store.

Receive notifications about information and event scheduling for Gwen

We encourage you to share your most beloved memories of Gwen here, so that the family and other loved ones can always see it. You can upload cherished photographs, or share your favorite stories, and can even comment on those shared by others.

Posted Aug 14, 2020 at 12:58am
Mama, what will we all do without you? You leave such a void in our hearts. It’s time for us to let go though and let you enjoy your great rewards Our Lord has planned for you. You are finally in His presence along with Dad and all your babies gone before you. Watch over us mom. Help us to be more like you and help us to move on without you with us. Love 💗 you so much.
Comment Share
Share via:
SM

Posted Aug 12, 2020 at 05:14pm
Meeting Gwen was an obvious sign to me that God truly embodies us and manifests through us. Faith and love flowed from her so effortlessly. She reminds me of the importance of family ( she has an awesome one) and to not forget our blessings. It has been a privilege to know Gwen. What a wonderful smile laugh she had. Rest in Peace.
Comment Share
Share via:
HS

Posted Aug 12, 2020 at 04:05pm
As you grieve know that we are remembering you and honoring the memory of "Gwendolyn Kosmicki".

Peaceful White Lilies Basket was purchased for the family of Gwen. Send Flowers

Posted Aug 09, 2020 at 06:45pm
Rest in Peace beautiful Mrs. Gwen Kosmicki. With love and prayers to your beloved family, 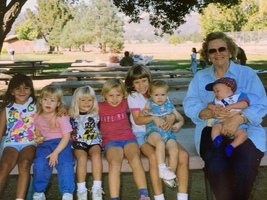 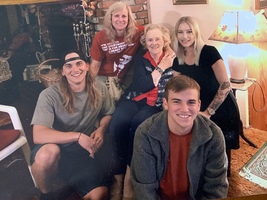 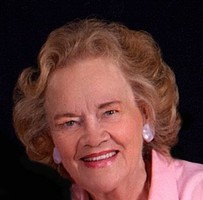 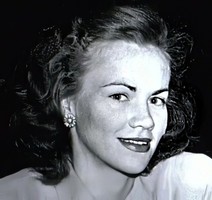