To share your memory on the wall of Celia Kane, sign in using one of the following options:

Print
Celia passed on December 12, the feast of Our Lady of Guadalupe to whom she was dedicated. Her passing comes after 4 years of suffering from the Alzheimer’s disease. During that time, our family likewise suffered from confusion and anxiety. Fortuna... Read More
Celia passed on December 12, the feast of Our Lady of Guadalupe to whom she was dedicated. Her passing comes after 4 years of suffering from the Alzheimer’s disease. During that time, our family likewise suffered from confusion and anxiety. Fortunately, during her last three weeks, lived out peaceful hospice at our son Martin’s home, those sad memories have been erased. All that remains are her fierce determination, bright personality and accomplishments that was her life before this disease.
We first met here as two young people without any particular expectations. She was a medical assistant and I was a sailor just ready to leave Navy service. I learned that she had eight siblings and given that I grew up in a family of eight, I was impressed that I had met someone who could understand what it meant to grow up in a crowd. Together we determined to go out into the world and see what we could do.
First moving to Seattle, she was employed by Metro Transit Company in employee benefit administration while I attended the University of Washington. Not long after graduation, two sons were born before Celia became determined to return to San Diego. While I worked at my new career, she contacted headhunters and arranged for me to interview in San Diego. After the March interview and she reminded me of the weather contrast, I accepted employment here. She remained behind alone in Seattle to sell the house before we were all reunited here. We remained here in Chula Vista for the 40 years, while Celia was employed in public school administration.
In 1990, our 13-percent mortgage became unbearable and Celia decided that our new son required more space. She contacted an architect, and they formulated a plan to expand our home. I was too busy to pay attention to her effort until Convair was sold and my employment disappeared. We refinanced and the remodel became my work. For the better part of a year I toiled at the task. Finally the second story was up and I was able to find new employment.
The boys grew and their friends in-need came and each in turn passed through our home. Some went on to flourish (Darrell), at least one died too young (Erizen) and others went onto other things (Manny with that big Ford). All of them enriched our family. It was a wild and fun ride.
As the illness progressed, Celia’s memory failed. There were intervals when no one was recognizable to her. At these times, panic would drive her to hide or run away. On one occasion, she was missing and I went searching around our house. I found her in the back corner of the garage sitting on a box. When I discovered her she said, “You’re pretty good. You found me.” So, while she ran away in fear, as her mind recovered, it became just a game of hide-and-seek.
In her final days, she would occasionally emerge from confusion. Her surprised caretakers would comment that at times she would respond with small talk and thank you’s. When she moved to hospice at Martin’s house, as I held her hand, she opened her eyes and looked at me. She said, “I love you”, kissed my hand and then closed her eyes once more. In those few seconds, my suffering and confusion fell away. She was always there just waiting inside. She was never quite gone.
Celia is survived by her husband of 47 years, Robert, and four sons. Son Martin and his wife Desiree have two sons Patrick and Ryan. Son Alex and wife Tasha have two daughters, Amelie and Annabelle. Son John and wife Eryn have one daughter, Kayley, and three sons, Peter, Adam and William. Son Brian and wife Jeni have two daughters Leona and Audrey. All reside in Chula Vista.
Celia is also survived by her mother Celia Lizarraga Cebreros, four sisters, Myra, Petrie, Jeannette and Elva, and four brothers, Martin, Jorge, Giovanni and Hector.
All are close by and I’m thankful for that.
Read Less

To send flowers to the family or plant a tree in memory of Celia C. Kane, please visit our Heartfelt Sympathies Store.

Receive notifications about information and event scheduling for Celia

We encourage you to share your most beloved memories of Celia here, so that the family and other loved ones can always see it. You can upload cherished photographs, or share your favorite stories, and can even comment on those shared by others.

Christopher & Jessica Ogilvie and Your other son - Darrell sent flowers to the family of Celia C. Kane.
Show you care by sending flowers

Posted Dec 18, 2020 at 01:48pm
I became acquainted with Celia when our children, Brian and Jeni, fell in love.
She was an amazing woman. Our joining heads to plan things. I told her we would have to get along always because we would be sharing our kids and then our grandchildren.
I enjoyed her stories of her wonderful experiences of travel, stories of raising her children, and falling in love with Bob and their life. She moved through her roles graciously and lovingly.
My sympathies.
Comment Share
Share via:
CO

Christopher & Jessica Ogilvie purchased the Dreams from the Heart Bouquet for the family of Celia Kane. Send Flowers

Your other son - Darrell

Your other son - Darrell purchased the Gracious Lavender Basket for the family of Celia Kane. Send Flowers

Posted Dec 18, 2020 at 02:27am
My deepest condolences and prayers in Memory of a Beautiful Lady with an incredible heart and spirit. With Love the Tucci Family. 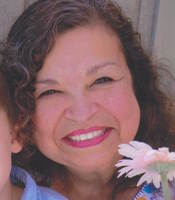